Though sewage can be discharged into the sea, we cannot discharge it directly overboard as there are some regulations regarding discharging of sewage that needs to be followed. Sewage on the sea is generally the waste produced from toilets, urinals, and WC scuppers. The rules say that the sewage can be discharged into the seawater only after it is treated and the distance of the ship is 4 nautical miles from the nearest land.

But if the sewage is not treated this can be discharged 12 nautical miles away from the nearest land. Also, the discharged sewage should not produce any visible floating solids nor should it cause any discoloration of surrounding water. The details of the sewage discharge regulations can be found in MARPOL Annex IV. 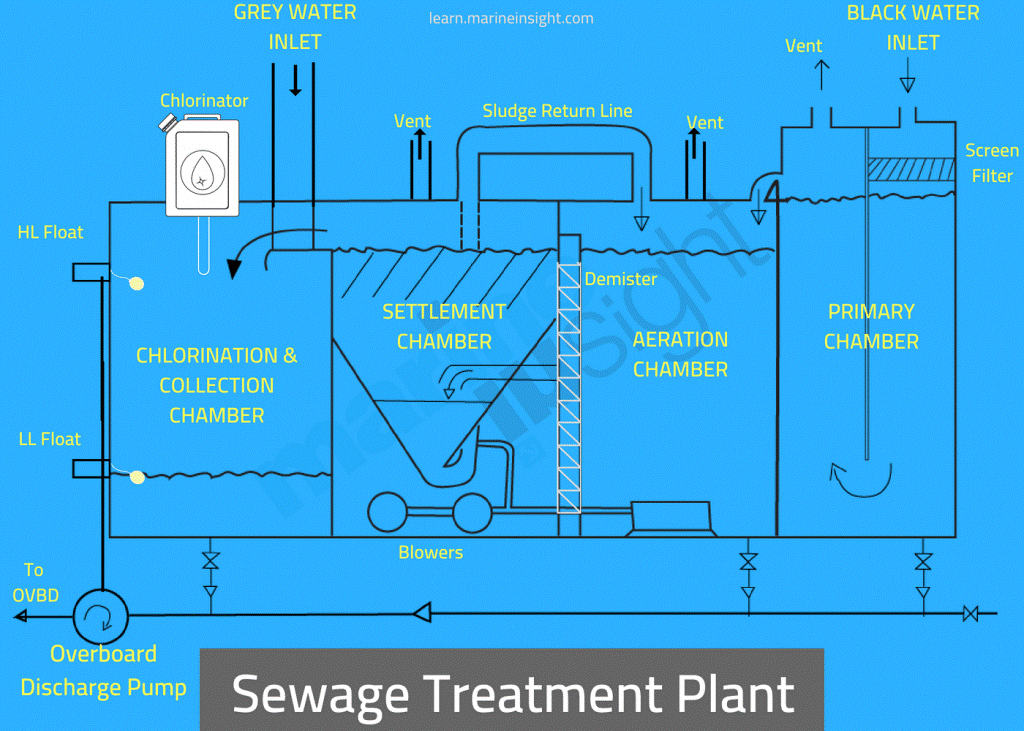